That began to change with "Fires of Dis". Freelancer Steve Perrin was contracted to write an introductory adventure for Planescape that involved a trip to the Nine Hells. When he asked whether he should reprint info on the Nine Hells from the Planescape Campaign Setting , he was told to do so. However, by the time the adventure arrived at TSR, the powers-that-be had changed their mind; editor Ray Vallese cut out much of the repetitive material and replaced it with new material of his own, resulting in rather unusual credits for "Fires of Dis": Steve Perrin is listed as "original design" while Ray Vallese is listed as "additional design".

Adventure Tropes. As with most of the Planescape adventures, "Fires of Dis" starts in Sigil, then sends players out into the planes. However, it places more emphasis on the Outlands and its gate-towns than most previous adventures — offering a way-station before players descend into Hell.

Expanding Planescape. The early parts of "Fires of Dis" focus on the gate-towns of the Outlands; of the previous Planescape adventures, only "Recruiters" from Well of Worlds had given them much attention.

Two gate-towns get lots of new details, including maps: Fortitude the gate-town for Arcadia and Ribcage the gate-town for Baator. The idea that gate-towns can slide into their linked planes is also reiterated, following up on the same plot point from "Recruiters". Baator 2e's name for the Nine Hells also gets a strong focus as the setting of the latter parts of the adventure. This was particularly exciting because no official adventure had previously ventured into the Nine Hells. Avernus layer 1 and the City of Dis layer 2 are both detailed through maps and encounters, with chapter V of the adventure taking place in Dis' central location, the Iron Tower of Dispater.

Monsters of Note. Players get to encounter two shockingly powerful monsters, the dragon queen, Tiamat, and the lord of the second layer, Dispater. However, the encounters are carefully managed, because an outright conflict with either force would be sure to kill the PCs. Future History. Baator would be an important part of many future Planescape supplements due to its part in the Blood War. However, the next adventure focused on the Nine Hells was a post- Planescape product, the hack-and-slash "A Paladin in Hell" About the Creators.

This was his last publication for the company.

Please feel free to mail corrections, comments, and additions to shannon. These PDF files are digitally watermarked to signify that you are the owner. A small message is added to the bottom of each page of the PDF containing your name and the order number of your purchase. Warning : If any files bearing your information are found being distributed illegally, then your account will be suspended and legal action may be taken against you.

Password forgotten? Click here. Advanced Search. Fires of Dis 2e. Bring us back Gith, from both sides of the line seriously, I can't believe that every githyanki is really so blind to not realize that Vlaakith has basically had them exchange one form of slavery for another , give us Rogue Modrons, give us Bladelings and Bariaur, Mephits, anything you can think of to let us truly experience the gonzo melting pot that was Sigil in its glory.

I want WoTC to go over the Factions and give them a real rewrite.

Maybe dump some that can't be saved for new ones. Honestly, I liked the basic idea of the Factions, but in practice, many of them came off as unplayable.

Mercykillers were too hierarchical. The Harmonium, whilst a welcome pss-take on "For the Greater Good! The Xaositects were abysmal, plain and simple; "I want to play a Xaositect! Either make them less annoying, or get rid of them, and I honestly don't care which. The Bleakers need to loose the propensity to madness; we're not living in the 80s anymore, we know better that you don't need to believe in some higher purpose to live a happy life.

I do not want Alignment to be essential to the game. It has never worked well, and it has always been one of the biggest flaws of the game, I think, that it's tied itself so heavily to it. Planescape works better when it focuses on belief and philosophy, not so much on the stereotypical "clash of good and evil". 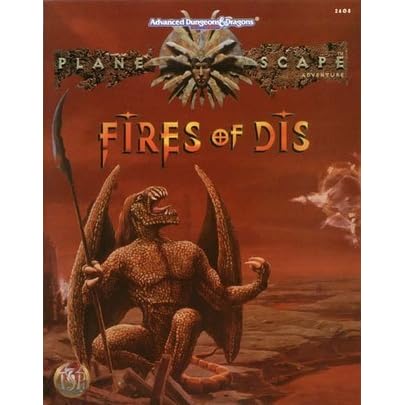 That moral ambiguity, that murkiness of what is "right" and "wrong", that's when Planescape shines. It damn near ruined the setting for me, simply because I find it so unbelievable. Not so much the demons and devils fighting, I get that, but the clumsy attempt to tie it to Alignment did nothing for me - I preferred the 4e version, which boiled down to a far more elegant battle between conquerors and defilers; Evil vs. Oblivion, something that actually made sense to me.

The worst part, however, was how it was not only continually hyped as "the Big Thing!

I'm talking, of course, about the portrayal of the Blood War as the one thing that made the infinite Upper Planes, the bastions of goodness and right, as infinite in numbers and equally powerful if not superior to either type of fiend, tremble in their little white darned socks because they knew they'd fall if the Blood War ever stopped and the fiends could assault them. These are the Enemy. Standing against them, the united forces of Good - you know, the embodiments of cooperation, tolerance, friendship, camaraderie and unity?

And, somehow, the united forces of Good, who cooperate with their fellows like it's second nature and who work together for the greater good, are supposed to be doomed to fail in the face of a horde of Evil that probably spends more time fighting amongst itself than fighting them? Pull the other censored one!

On the same sort of topic, what I want, more than anything, is for WoTC to tone down the supremacist attitude of the viewpoint characters. I get they wanted to go for the "big cityslicker looking down on the provincial rube" sort of feel, but more than anything else, even the cant, it grated on me and made trying to get into the game a real pain. It didn't help that it felt like far too many Planescape fans took it as holy writ to be elitist snobs about the setting.

I definitely want the planes to get examined in more "up close" detail and with more of an aim towards being actually interesting to play with. This is something I've complained about a lot in my 4e vs 5e fluff thread, and I'll summarize it here: the original Planes felt way too much like they were just made for the sake of ticking off points on a checklist, and that left them with a severe lack of any real "hooks" particularly for the Upper Planes to make them fun, in contrast to 4th edition's World Axis, which was built from the ground up to be a place to actually adventure in and not just a mere backstage monster generation pit.

How are you supposed to run a planewalking campaign when the planes aren't any fun to explore? Setting it in Sigil just makes for an uber-metropolis game with magical portals replacing the docks - you wouldn't even need the planes to run a Sigil-focused campaign, really. Definitely agree with the users above to junk the complicated book-keeping that went hand-in-hand with plane traveling before and simplify it as much as possible. 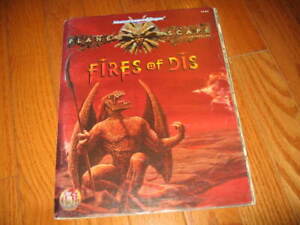